Dr. Bot will see you now

A glimpse into the not so distant future 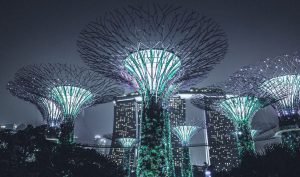 Something doesn’t feel quite right.

I reach over to my bedside table and check my wearable electrocardiogram. Everything seems normal. To be safe I check some of my other vitals. Still all OK.

A beep emits from my foldable tablet-phone. It is my doctor.

“Hi, I noticed that you just checked you EKG. We’ve run a full diagnosis. Results seem fine. Your medication compliance is 100%. Anything I can help you with?”

Although I know this is a bot, I decide to engage anyway.

A minute later, it is my real doctor on the company’s TeleMedicine app.

He reminds me that my prescription is due to run out and immediately deploys the delivery drone. “Expect it within the hour”. I smile, remembering that the last drone took almost 2 hours to arrive, but thank the good doctor for checking in on my emotional well-being.

The room speaker reads out the email that just arrived into my inbox, informing me that a report has been received by my insurance provider and that my premium remains unchanged. I just hope the data remains secure, as it has only been a month since the last medical data hack.

As I walk to the home-office-treadmill-desk I remember the old days. 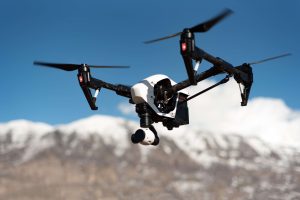 Photo by Mitch Nielsen on Unsplash

That day is upon us. Finally.

Most of you would have easily predicted that final reveal.

It seems like Telemedicine and Artificial Intelligence have been talked about ad infinitum for years now, but have only really resulted in a couple of decent apps (Babylon Health and MoovCare) and a number of questionable apps (e.g. MelApp) on smartphones or overpriced wearables.

However, over the past 4 months a series of technological e-health revelations have made us at Indigo Medical HQ sit up and take notice.

And the following 3 cases are too important not to share.

Stand up, take note, as this just happened.

Firstly in November 2017, the FDA approved Otsuka’s and Proteus Health’s Abilify MyCite, an ingenious pill with an embedded sensor that monitors whether patients have ingested their medication. 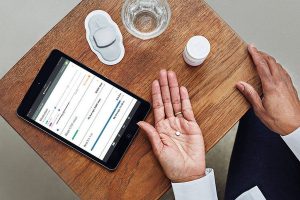 This, to many in the e-health world, was heralded as a game-changer as it was the first medical product approval with built-in digital tracking approved by the FDA.

Backed up by a glowing endorsement from the director of the FDA’s psychiatric products division Mitchell Mathis:

Abilify MyCite clearly is an important first step to tackle the ever present issue of poor compliance with drug treatment in serious mental illnesses. One would hope that this will be the beginning to objectively track that a patient has taken their drug and remove the he-said-she-said disputes. It is worth also noting the the FDA hasn’t yet seen any demonstrable evidence that MyCite will improve patient compliance with their treatment regimen.

Secondly, and also in November 2017, the FDA approved AliveCor’s Kardiaband as the first medical device accessory. 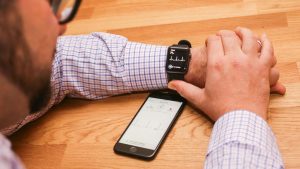 Again, FDA clearance of the Kardiaband could be regarded as a landmark moment as this was the first medical device accessory approved by the US regulator on the Apple Watch. Prior to this moment wearers of the Apple watch have the built in heart-rate monitor app to keep track of their heart rate, however an abnormally high heart rate will still require a physician to perform an electrocardiogram (ECG or EKG, depending on your location) reading in a hospital setting and so involves an additional layer of communication (and travel). Where the Kardiaband comes in to play is to offer a continuous EKG reader on the user’s wrist — and send a signal direct to his/her doctor.

AliveCor’s CEO, Vic Gundotra, sums up this significant difference between detection and getting approval to use as a medical device perfectly in a recent interview with TechCrunch:

“Apple might be able to say ‘oh your heart rate is high’ …but what does that mean?

It’s not possible to diagnose atrial fibrillation without FDA clearance. That is a big, big play”

And finally, just this week (February 5th 2018) the FDA cleared a smart watch (branded as Embrace and developed by Cambridge, MA, based Empatica) that can be used to track seizures and help people with epilepsy manage their care.

Embrace has been around for a while, however the recent FDA medical device approval opens the door for reimbursement by insurers. Backed up by an impressive 135-patient study in people with epilepsy, Embrace’s algorithm demonstrated a 100% detection of seizures alongside patients who were continuously monitored using video EEGs.

And it is fair to say that the experts are more than a little excited with the prospects of the Embrace device. Orrin Devinsky, one of the world’s foremost experts in Epilepsy and Director of the Comprehensive Epilepsy Center at NYU, had this to say in the Empatica press release:

“The FDA approval of the Embrace device to detect major convulsive seizures represents a major milestone in the care of epilepsy patients. Tragically, more than 3000 Americans die each year from Sudden Unexpected Death in Epilepsy (SUDEP) and the Embrace offers the potential to alarm family members and caretakers that a tonic-clonic seizure is occurring. The scientific evidence strongly supports that prompt attention during or shortly after these convulsive seizures can be life-saving in many cases.”

How big a business is the future of e-health?

It’s fair to say that future of e-health looks promising.

As usual, the US is the market everyone is keen to monitor and forecasters predict that US Healthcare is set to save $300 billion (yes, billion) in spending attributed to digital tech and services.

With 36% of the world predicted to carry a smartphone by 2018 (and with 51% of the world reported to have internet access in June 2017), Telemedicine will provide the holy grail of freedom and accessibility, irrespective of geography and boundaries. A predicted big winner from Telemedicine is the mental health sector, where support will be available all day, every day.

By 2018 it is estimated that 65% of interactions with health care facilities will occur on mobile devices. Records are increasingly being stored on the cloud — which triggers the obvious safety and insurance provider ethical dilemma, but on a positive note will empower the patient to access their personal test results at any time.

So no, this time around, e-health is not a fad.

It most certainly is a revolution, and more and more sectors such as pharma need to get their thinking caps on now to capitalize on this.

However, one final thought on this if I may.

We have seen that vinyl sales in 2017 peaked in the western world for the first time since 2007. Why is that? Nostalgia? The need for a more visceral experience? Are smartphones providing too many distractions??

This leads me to the question as to whether the mobile health intrusion, continuous data accessibility and lack of actual real human interaction will inevitably make us revert back to long clinic waiting times and paper-based repeat prescriptions by 2028?? 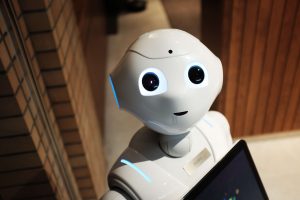 Photo by Alex Knight on Unsplash

Indigo Medical, based in Milton Keynes, UK, has one simple mission statement: to make our clients happy.

And we also love all things digital and shiny.