Many of those involved in pharma marketing will be familiar with the transformation that has occurred over the past couple of decades in our understanding of human decision making. We’ve certainly written previously about these developments, and what some of their implications might be for how we pursue our craft.

From a view in which decisions were considered to result primarily, if not entirely, from the exercise of reason, they are seen today as depending critically on emotional input and as subject to a broad set of subconscious biases. Now we know that we are not rational actors after all.

Providing his perspective on this paradigm shift in the New England Journal of Medicine recently, Harvard Medical School’s Dr Jerry Avorn highlights the need to draw on its lessons to optimise clinical decision making.

He says, there is an

‘… ongoing assumption that clinicians and patients are, in general, rational decision makers’.

Medicine has yet to integrate the implications of current research on decision-making, he notes.

Dr Avorn suggests that the power of ‘simplistic pharmaceutical promotional materials’ reflects a well-characterised psychological bias that means we are disproportionately influenced by the most readily accessible information when making choices.

We have an adaptive tendency to act on what we can know about a situation rather than considering whether there might be more we should know. 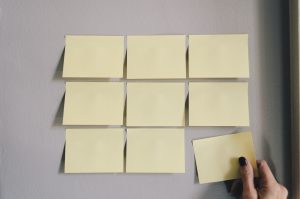 Photo by Kelly Sikkema on Unsplash

So how do we make more evidence-based decisions?

As one answer to overcoming ‘human shortcomings’ such as this, Dr Avorn has pioneered what he calls ‘Academic Detailing’, a form of educational outreach designed to help clinicians overcome their biases and data deficits to make more evidence-based decisions.

It seems pretty clear that he also sees Academic Detailing as a counter to nakedly promotional and narrowly focused communication to physicians from industry.

As he points out, the kind of information transfer needed to engender good clinical decision making can’t be achieved through a one-way channel.

But we’re already way ahead of him here, aren’t we?

The growing prominence of the MSL in recent years is surely a testament to that.

And whether or not this has been done knowingly, the increasing focus on the scientific exchange model in pharma’s engagement with the healthcare community represents the kind of acknowledgement of current research in behavioural economics and the psychology of decision making that Dr Avorn rightly calls for in medicine.

Jerry Avorn’s article can be found in The New England Journal of Medicine (February 22, 2018) entitled “The Psychology of Clinical Decision Making — Implications for Medication Use”.