Is disruption really necessary? Can’t we just shake things up a little? 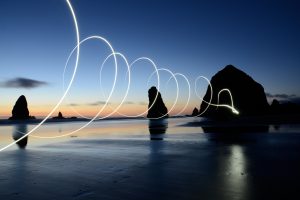 Avid LinkedIn users will be more than familiar with the Tom Fishburne Marketoonist images that feature on this particular social media platform (along with the occasional Dilbert strip).

These minimalist single framed images always succeed in hitting the case in point squarely on the nose, and it led me to explore the website further to see what other amusing images would tickle-my-fancy.

I liked what I found.

Not only a smorgasbord of marketoons (marketing + cartoons) but, as with the case of the feature disruption from March 2016, an accompanying article to give the marketoon some depth.

“My startup is so disruptive, we disruptively disrupt other disruptors”

Tom recounts a quote which I thought I would share and examine further as it tackles the topic of chasing disruption for disruptions sake and the potential to lose sight of the intended recipient that was originally aimed at to make use of the new fan-dangled innovation, whatever that may have been.

Tom begins his blog with a quote:

“… I stumbled across this quote from Liz Lopatto about the pitfalls of chasing disruption in health startups:

“…What many firms seem not to understand is that though there are massive revenue opportunities in health care, “disrupting” patients’ lives can lead to death.

As many startups hunker down for a bursting tech bubble in 2016, it’s a good time for all businesses, tech and not, to refocus their strategy on innovations that really matter to actual people who will actually buy them”…

Everyone wants to be disruptive.

In fact, my previous two blogs were with two incredibly clever and disruptively minded people (check out “There’s an app for that” and “If we want authenticity, we have to initiate it”).

If we want authenticity, we have to initiate it.

There’s an app for that

I recently read about the potential for virtual reality to be developed to as new non-drug treatment options. Whilst clearly hypothetical, and limited in use, one can easily conjure up the negative headline statements that might one day accompany this type of “disruption” — with the words “death” or “serious consequence” almost certainly to feature in the headline.

So instead I have purposefully focused on one of the safe bets.

A potentially disruptive idea that may not feature in shiny tech fueled top 10 innovative / disruptive lists— but as an idea that has instead dipped its toe, cautiously, into the disruptive waters.

The rise of the Pharmaceutical Chief Digital Officer 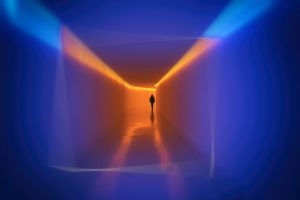 An interesting story from mid-2017 was the appointment of The Chief Digital Officer role in pharma. The story, which was well covered by most media outlets, highlighted the appointments and in particular the non-pharma backgrounds of these officers, namely:

What I found interesting was not the boldness of the appointments — but the willingness to go further afield from the usual scientific / pharma pool.

In their press releases, both companies used corporate phrases such as

“accelerate our efforts to lead in data and digital, increase our focus on operational execution, and reinforce our commitment to return more to society than we take.” (Novartis)

“enhance areas such as clinical trials and drug development and improve the way GSK interacts with healthcare professionals, customers and consumers, as well as making internal processes more efficient” (GSK)

But what they (and pharma in general) could have said is: We are way, way behind other industries. The patient is so important to us. Help us engage with them!

Medical / clinical people are very good at what they do. And the (smaller in numbers) digital teams do an admirable job in rolling out what the clinical / medical teams want.But how about reversing that equation and having the digital teams tell the clever product development teams what they could be doing??

The Chief Digital Officer is just one example showing the willingness of pharma to shake things up a little, whilst at the same time proceed with care.

And that may be my point: we need tiers of digital disruption, especially in pharma, where the stakeholders can really assess if/how/when patients (and treatment landscape) will benefit. Alternative digital thinking, with the focus never wavering from patient safety.

So the next time you are asked to come up with disruptive thinking, don’t disrupt for disruptive sake.Instead, start off with a little shake-up and see what falls out.

Link to the excellent Marketoon on Disruption article by Tom Fishburne at marketoonist.com