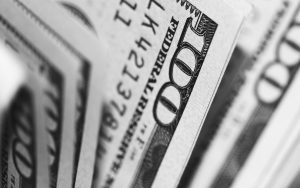 Photo by Pepi Stojanovski on Unsplash

Sometimes an article gets passed around the Indigo Medical office that raises an eyebrow.

The following article not only raised two eyebrows, it also triggered a “whoa” from pretty much everyone that I shared this with.

Here’s the hook that I used:

In 2010, a multinational reported profits of £724 million on over £2 billion in revenue.

I can tell you it is the scientific publishing arm of Reed-Elsevier.

These staggering figures were taken from the excellent article published in The Guardian by Stephen Buranvi (Is the staggeringly profitable business of scientific publishing bad for science? Dated 27-Jun-2017, modified 22-Feb-2018)

The more you read, the higher your eyebrows get.

“…Scientists create work under their own direction – funded largely by governments – and give it to publishers for free;

the publisher pays scientific editors who judge whether the work is worth publishing and check its grammar, but the bulk of the editorial burden – checking the scientific validity and evaluating the experiments, a process known as peer review – is done by working scientists on a volunteer basis.

The publishers then sell the product back to government-funded institutional and university libraries, to be read by scientists – who, in a collective sense, created the product in the first place”.

And within the same article a 2005 Deutsche Bank report weighs in on this staggeringly backward “triple-pay” system:

“…the state funds most research, pays the salaries of most of those checking the quality of research, and then buys most of the published product”.

Whilst the inefficiencies and profitability of the process as covered in the Buranvi piece, were not embellished upon, The Economist lambasts the quality of scientific journals, saying

“The number of papers so flawed that they need to be retracted has risen sharply in the past two decades, with glitzier journals pulling more papers than lower-profile counterparts”.

I particularly liked The Economist’s proposals for reform, which I have paraphrased here:

So, what did I learn from all of this digging?

Some scientific publishers are quids in. Others toil to make ends meet.

The end-to-end process is wrought with inefficiencies and is in need of reform.

And unfortunately, as with so many scientific / pharmaceutical processes that need a shake-up, there doesn’t seem to any light at the end of the tunnel. No quick fixes. No disruption.

We recently posted the news on the Atul Gawande appointment: 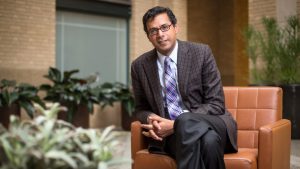 Atul Gawande: “I have devoted my public health career to building scalable solutions for better healthcare delivery that are saving lives, reducing suffering, and eliminating wasteful spending both in the US and across the world,” Gawande said in a statement put out by the companies. “Now I have the backing of these remarkable organizations to pursue this mission with even greater impact for more than a million people, and in doing so incubate models of care for all.”

This could be the shake up public health and, by virtue of the trickle-down, science and academia has so desperately needed.

Check out our recent blog about the future of scientific publishing “Decluttering People Engagement” featuring “The Scientific Paper is Obsolete” by James Somers.